Spirit or matter, what are you? 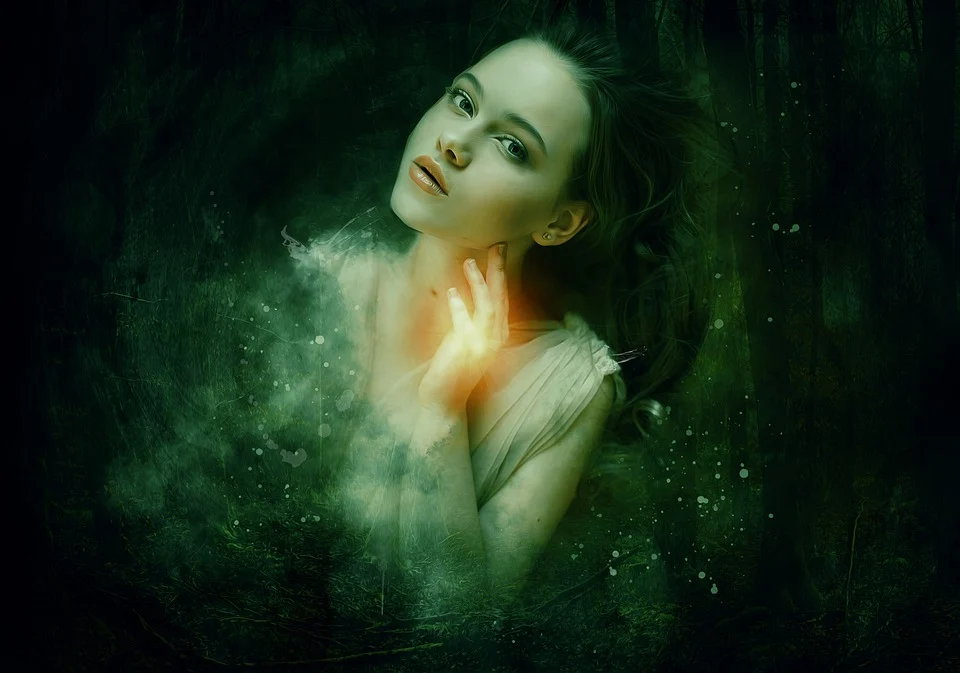 When we ask someone who they are, most people answer by their name, and when we ask a little more, we usually learn about the profession, the marital status, and possibly special characteristics.

But this is not what I want to do, of course. What I want to look at goes much deeper and these considerations have more than philosophical value for everyone.

So, what do you think? Do you think that once two special cells met, namely an egg of your mother and your father's sperm cell, they formed the first complete cell from which you originated? This is exactly how such a protein chain has provided for it. This protein chain is then your DNA and there is the complete blueprint that has formed you. Yes, and when your brain was born, you started to think. What worked for so long, you were really in love for the first time (was now a joke).

So according to this model you are a biochemical machine that works more or less well and if something gets stuck, then come the experts, i.e. the doctors, who then repair with physics (in surgery) or with chemistry (with drugs). Of course, this machine wears off over time, becomes weaker, and eventually it stops working, man dies and what is still there disintegrates.

This soul thus enters into this newly formed original cell during procreation and takes command from there, so that the body forms out of this rapidly growing cell network, which this soul then uses for the duration of its earthly life. According to this view, the individual mental component retains permanent control over the body and life.

So, again, the question, what do you think? Do you listen to Model 1, which is followed by science? Or to Model 2, the origin of the spiritual? Or are you juggling somewhere in the middle?

If you are inclined to model 1, then you are of course in good hands with your illnesses and inconveniences in conventional medicine. As soon as you realize that something is wrong, you enter into the hands of professionals you trust to know what they are doing. Strictly speaking, you don't have to wait until something is wrong, you can also go to the precautionary measure, at some point they will find something that you might never have noticed. Or you can get vaccinated against all sorts of things and you also get additional substances, the vaccination enhancers, which may make you sick again. Don't get it wrong, I'm not a general anti-vaccine, I only see the adjuvants used very critically and I don't want to see gene changes either. So as soon as they invent what's going on, we're happy to talk about it again.

Of course, scientists also know the placebo effect when a drug has an effect, even if no active ingredient is present, that is, purely by the patient's belief, but somehow those who avoid this topic like the devil avoid holy water. (Stupid comparison, but for different reasons than most think).

So, if we take this scientific model, there are some questions that can be asked. If matter is the basis of everything, where does it come from? This Big Bang story doesn't really explain anything, because even this Big Bang should have a cause. Then I wonder how a cell can become a complex body in which all cells specialize, despite having the same origin. If you ask a doctor why this is the case, they talk about stem cells, which become everything, and when you ask why, the answer comes: "Because they are stem cells". Aha.

Another question is very interesting: if it is all just a function of mechanics and chemistry, why has it never been possible to artificially create life from something that has not lived itself? After all, scientists are now fumbling with genes and intervening in nature as if there were no tomorrow, but no one has yet brought together new life from inorganic substances.

But what about Model 2? After all, all wisdom teachings and religions say that thought or spirit is the beginning of everything. And even quantum physics shows the influence of thoughts on matter.

According to this model of thought, the spiritual aspect is the overarching factor that determines our reality. For a moment, some people will ask, if it's just about "right" thinking, why doesn't it work? Why is there illness and limitations in life?

The reason is that it works very well, only those with this question do not know it. Because they only start from conscious thinking, whereas in reality it is subconscious thinking that sets the direction.

You can compare the subconscious to an autopilot. Let's take a plane and program the autopilot to fly north. At some point we "think" that it's much nicer and warmer in the south, and we want to get there. Since we are no longer aware of the programming of our autopilot, we can do what we want, can turn at the wheel as much as we want, the autopilot pulls us on the course to the north again and again. And it is precisely from this that the conflicts arise, which make someone sick, but also to let all his relationships fail or sabotage all their efforts to achieve prosperity.

Because either we think about why we wanted to go north and we consciously go in that direction, or we change the programming of the autopilot.

What are the consequences of this realization?

Once you realize that you are the creator of your life, you can change it. This is not because one is annoyed about decisions made earlier or about information recorded, but by the fact that one is more aware today. And that earlier things were probably necessary to build that very awareness.

And it is precisely this awareness that helps to understand the message behind all the circumstances that one encounters unpleasantly in one's own life. And when I understand the messages, I can see and change the causes. For in all considerations there is only one relevant time: the "now".

What lies behind me is a past that has exactly the meaning I give it. They are collected memories and experiences, i.e. information.

All I think about the future is speculation and therefore thinking about things that are not yet there.

Now is the moment of power. And only now.

How do people deal with their lives?

Although there are many people who sin more or little between these two views, For the sake of simplicity, I would first like to look at these two opposing views and their impact on lifestyle.

The follower of the "mechanical" world view sees only his limited life span and understandably has a huge fear of illness and death. Because in the first case it becomes dependent on others and in the second case disappears into nothingness. This "sometimes disappearing into nothingness" can very well lead to this person ruthlessly prevailing over others and wanting to have as much as possible, without any consideration. The more he takes from others, the greater his sense of superiority towards them, his hunger for power over others can grow. In the other direction, however, this person is also easily controllable by fear. Typically, we find many psychopaths here, these are those who don't have compassion for others.

Those who are aware of their spiritual, i.e. spiritual nature, see the whole creation as a unity, for everything springs from the one universal spirit. They take responsibility for their being, both in terms of their own lives and in terms of dealing with other beings and nature. When they have something in their lives that they do not want, they find the cause in the spiritual and change due to their heightened awareness. Because they know the spiritual laws, they know about cause and effect and will therefore avoid setting causes that will cause suffering to them or others now or later.

And what about those who believe a little in the power of the Spirit?

In addition to those who adhere to the purely mechanical world view and those who have awakened spiritually completely, there are of course also many who hang with their world view a little between the chairs.

For even those for whose existence is only the current end point of Darwinian theory of evolution have a clue that there is more. Maybe they explain it with group intelligence and the innate instinct to do something for people's own race, but that doesn't really apply. Because if they were really convinced that they would simply disappear after death, they might not care about the fate of the world and all other human beings.

Since there is a lot of evidence and even evidence of the spiritual powers, more and more people are dealing with it and think that they can use it in the form of the law of attraction, if it is appropriate.

Just such a thought: once something works, it must always work under comparable conditions, right? And if it always works, is it a legality that always works similar to gravity?

You can think about it.