Bill Gates or if people want to play God 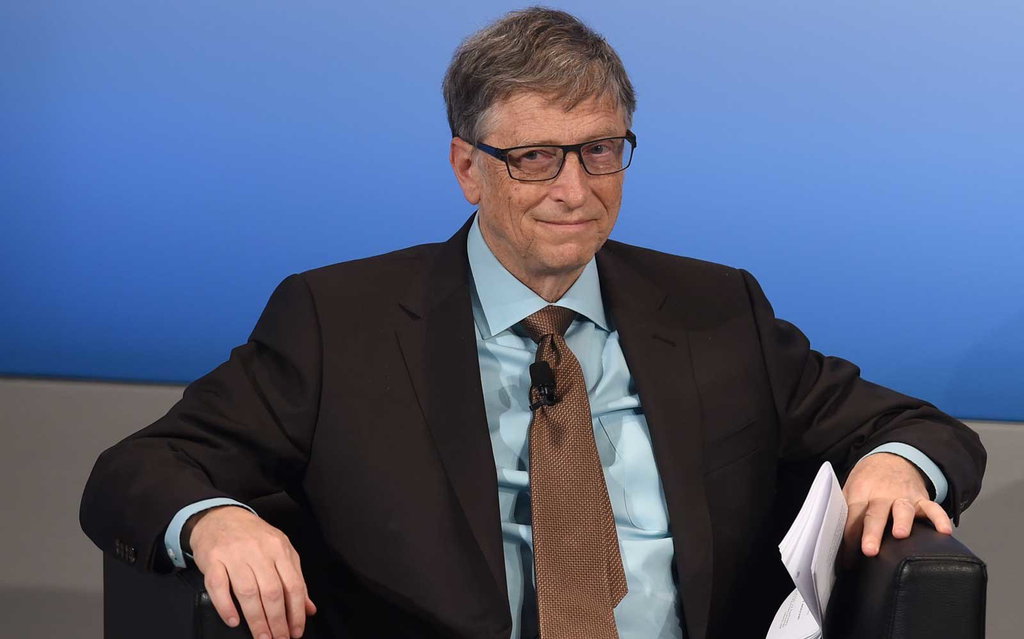 When we look at what is happening in the world, we inevitably have to look at Bill Gates and ask ourselves what he is doing.
Because his influence is immense. After all, he has not only generously supported the Robert Koch Institute and the Berlin Charité,
also the magazine "Der Spiegel" got just under 2.5 million dollars.
Oh yes, he is still the who's the main investor.

Who is this Bill Gates?

For some, he is a gifted programmer who has had great economic success with his company Microsoft and is now committed to humanity and its health. This is at least the image that is sold to us again and again.

But what is he really? I doubt this in all areas. Yes, in all, even his rise as a programmer. Now I am lucky enough to have seen the development of Microsoft from the beginning, a little later I started to earn my money as a programmer.

The company Microsoft was founded in 1975 by Bill Gates and Paul Allen, who together with others had developed the programming language BASIC, it is called a garage company. Well, if you look at Gates' family background, the garage may not have been too small.

The big breakthrough came in 1980, when Gates used vitamin B to get his foot in the door at IBM by selling them an operating system that he had swarmed for small money from another company (Seattle Computer). Over time, Microsoft's path has been constantly accompanied by predatory practices that have eliminated unwelcome competitors. In addition, Microsoft has always recruited the most capable programmers directly from the universities, who were there for a short time for small money, but were then able to earn good money from the competitors on the free market with the experience of the market leader.

At this point, it's also interesting to think about what a foundation is in America. A foundation must, of course, be a non-profit, but if a foundation makes profits, they may be taken out of the community and used for other purposes. To what extent this circumstance contributes to Bill Gates getting richer and richer, let's leave it to one side.

I would like to look at the father of Bill Gates Sr., who is still on the board of the Bill and Melinda Gates Foundation, but who was also a board member of Planned Parenthood, a charity founded by Magret Sanger. In quotes, because this Planned Parenthood association is the world's largest abortion lobby.

Who was this Magret Sanger? After all, she put the basic idea of this organization and Bill Gates sr. was probably on the same wavelength.

Magret Sanger was an absolute racist and antithesis of democracy. She believed in the genetic superiority of a minority over the broad and under-served masses, and because of quote: "The voice of an idiot counts as much as the voice of a genius" she was also against a democracy.

Their goals were that only the geniuses should multiply, the others as little as possible, preferably not at all.

Quote: "As her birth control movement strengthened, her sympathy turned into contempt, her generosity into tyrannical control. Now she wanted to use birth control to reduce what she considered "human waste," and at the same time she wanted to strengthen others who belonged to an upper class of the population and were, in her view, more suited to domination. This superior class wanted to protect Sanger from a policy based on democratic majority decisions." Pivor of Civilization (1922)

"The philanthropists who support free pregnancy care help to place the burden on healthier and more normal sections of the population of the population, which is growing thoughtlessly and criminally. This entails - and I think the reader must agree with me on this - a fatal preponderance of 'human waste'(!). Instead of diminishing the strata that are most perishable for the future of people and the world and seeking their destruction, there is a tendency to make them grow threateningly."

Is it possible that the vaccination history from Kenya, which took place in 2013/2014 and concerned a vaccination campaign carried out by the WHO and UNICEF, fits?

Interestingly, in search of the report on google, I had to click through several pages where fact checks told me this thing had never happened

Original page of the Episcopal Conference of Kenya

Scientific report on this subject

A book about Margaret Sanger

Quote from "Die Tagespost", an article by Stefan Rochow

"Bill Gates has long been a supporter of the theories of the British economist Thomas Robert Malthus. In his 1798 book "Essay on the Principle of Population", he speaks of the danger of overpopulation on earth. According to Malthus, this overpopulation is a problem for the world's economy and societies due to the rapidly consuming natural resources of the earth. In the meantime, Gates has moved away from this theory, but still fears overpopulation. As a result, the Gates couple announced in 2012 that they would invest 450 million dollars in the development of new contraceptive techniques. By 2018, a subcutaneous contraceptive chip is to be launched, which will carry the contraceptive ideology to Africa, Asia and Latin America with remote control and low prices. The chip is to be inserted under the skin and have a lifespan of sixteen years and prevent new life during this time.

That Gates continues to hold on to the fear of overpopulation is surprising and does not coincide with new scientific findings. Various institutes and organizations, including the United Nations, have recently rejected the thesis as untenable. Today, science increasingly assumes an implosion, which means a sharp decline in the world's population in the coming decades.

It has a family background that Bill Gates is so committed to the spread of abortion and contraceptives. His father was president of the world's largest abortion lobby, Planned Parenthood. Gates speaks of a "great social commitment" in this context. Despite these ethically questionable activities, gates regularly attend Samass. Melinda Gates is a Catholic. Asked about the apparent contradiction, Melinda Gates explained in an interview with the weekly Die Zeit: "Faith and religion are different things." On issues of "birth control" she had a different view from the Catholic Church."

Yes, good, but it vaccinates cheaply in poor countries. Here are a few examples:

The oral polio vaccination programme (swallowing polio) for children between 2000 and 2017 was investigated. The results show that there was significantly increased non-polio-associated flaccid paralysis (NPAFP) in children. Over these years, 500,000 paralyzed children were "produced".

DPT vaccinations in Africa
DPT vaccinations (diphtheria whooping cough wound cramp) were studied in 6 to 36 months old children in Guinea-Bissau. The mortality of the children was significantly increased.

HPV vaccinations in India
Bill Gates is being sued. There were about 50 deaths among the vaccinated girls associated with HPV (cervical cancer) vaccinations. The vaccinated were not informed of possible consequences.

And what else is behind it? Right, a digital identity, of course only for the benefit of people. Or for total monitoring, but is only a side effect

and who invented it? Also on board are Microsoft, GAVI Vaccine Alliance (Gates's favorite child), and of course the Rockefeller Foundation.

At this point, you can just pause and think about whether it is right to accept a vaccine that directly interferes with human DNA (RNA vaccination), a new genetic engineering technology that is being developed within a few months and that has never been seen in humans. And for which, of course, vaccine manufacturers do not accept liability for consequential damage.

Enough to think about