What is the matrix

The term matrix appears more and more often, I think it was created by the film of the same name. This film, in fact I mean the first part, is outwardly an action movie with a new idea behind it, if you look closely and understand then it is highly spiritual.
The main character of the film is Thomas Anderson, a programmer who travels the net under the pseudonym Neo as a hacker and is looking for the answer to the one question: "What is the matrix?" 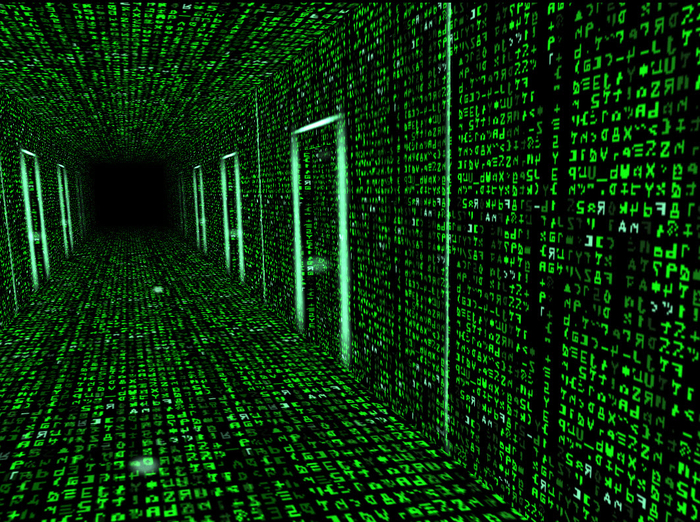 One night, when he fell asleep in front of the computer, the prompt suddenly appears on the screen:

"Wake up" "You're in the Matrix" "Follow the White Rabbit"

He meets Trinity, a woman who warns him, he is observed, one is looking for him. This is followed by an encounter with Morpheus, who offers to take him out of the matrix and show him the truth.

Neo, of course, chooses the red capsule and learns that he lives in a computer-generated dream world and that people live in slavery through intelligent computers. This is, of course, the fiction in the film, but what exactly is the matrix? 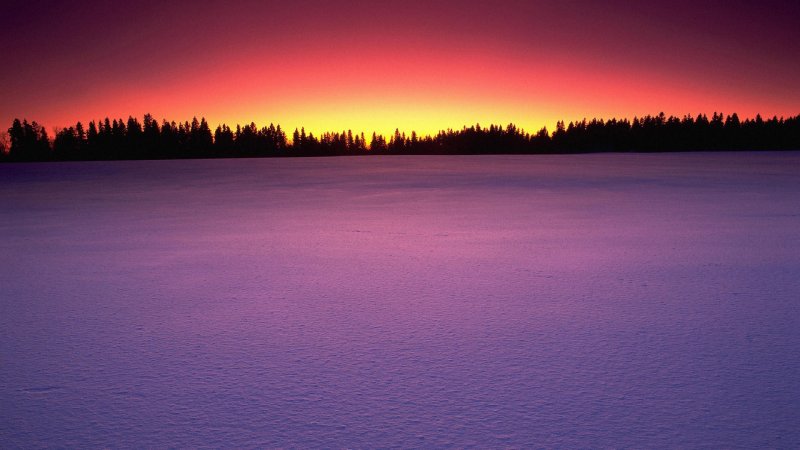 Modern quantum physics shows us that matter as such does not exist at all, it consists of 99.99 % empty space. String theory from quantum physics assumes that everything is only vibrating energy, and the Copenhagen interpretation says that all possible realities exist simultaneously and only the conscious observer lets one reality out of the abundance of all possibilities. Collapse. In addition, quantum physics explains that because of the entanglement everything is connected and time is not only relative, but probably does not exist at all as we perceive it. Sorry, it's a bit short, but you can't explain quantum physics in three sentences. On the other hand, the term quantum is now used in some cases very misleadingly. So there is quantum healing, quantum resonance, quantum computers and so on. A lot of people who want to sell something simply put the term quantum before it and thus increase sales rapidly. So there is also a lot of quantum nonsense being tapped.

The conclusion of these statements is what all the old wisdom teachings have already said:
"Consciousness creates reality".

The first is :"What is reality?" 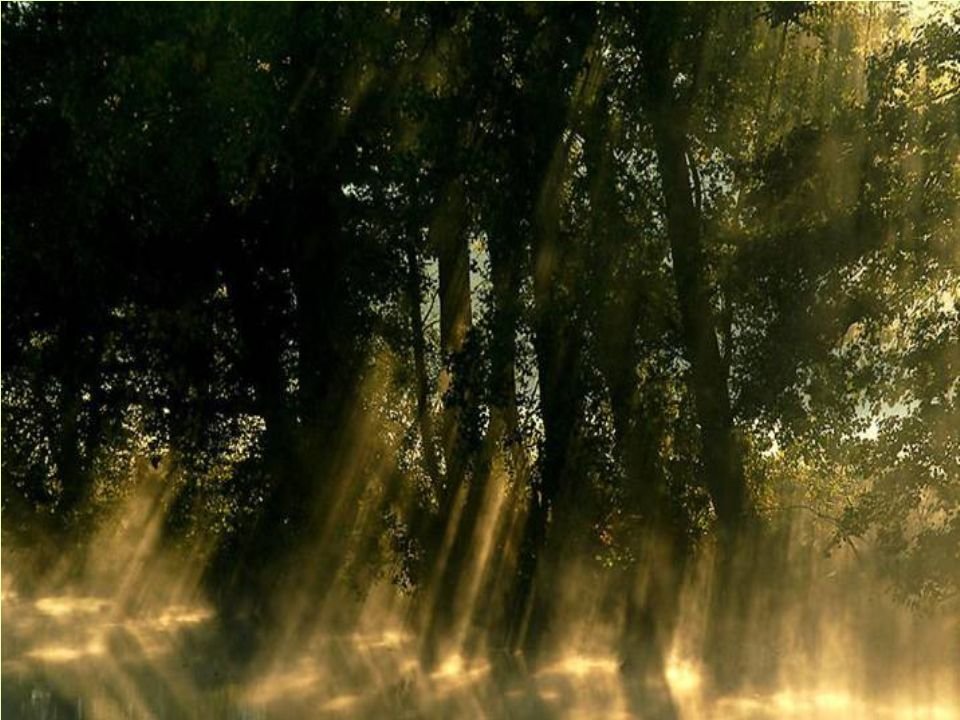 Morpheus says: "What is the reality? If you understand what you see, feel, smell, taste, so these are only electrical impulses interpreted by your mind." Well, this statement is not entirely wrong. When we look at what we actually perceive, it quickly becomes clear that this is only a fraction of what is there. For example, our retina only perceives a very coarse block graphic, actually it is not recognizable. What we see is created by interpretation in our brains. Other creatures such as the eagle, which is known to be able to see very well far away, or the cat, which can see in the dark, have a completely different sense of vision.

The fact is that, in order to be able to perceive something, we must have a connection to it. For example, there are telling statistics that accidents between cars and emergency landingaircraft occur above average on American highways. The reason that no one expects to encounter a plane on the road.

It is also known that after a mild stroke, in which the area responsible for recognizing noses was destroyed in the brain, patients were able to describe complete faces afterwards but were unable to see the nose.

On the other hand, we take considerably more than it would actually be possible. For example, baseball is about a thrower throwing a ball that has to hit the bat. If you just take the speed of the ball and the nerve guidance speed of the bat, it is impossible to hit the ball. If the bat hadn't had a clue where the ball was flying, he wouldn't have a chance to hit it.

The second question is: "What is consciousness?" 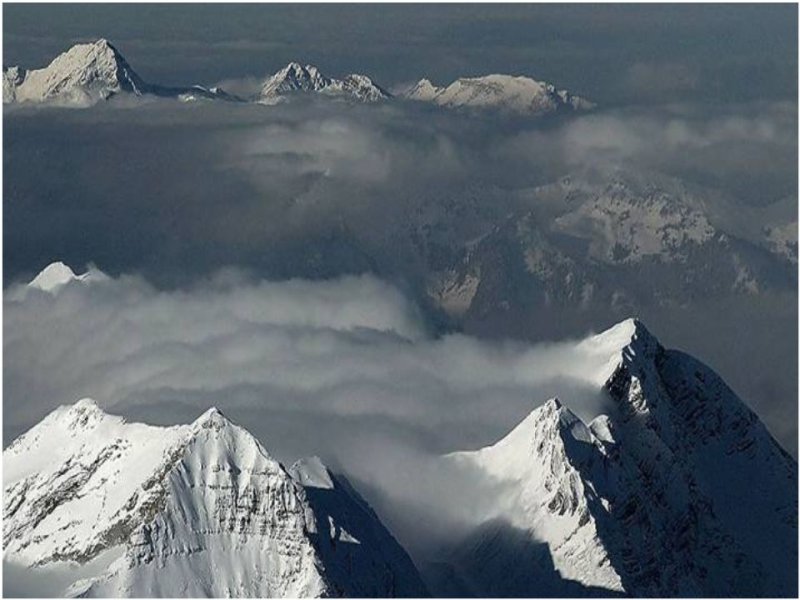 Consciousness is all we think and the interesting thing about it is that here the greatest part is taking place in our unconscious
and does not cross the threshold of consciousness. Here it is quite useful to imagine the unconscious like a small child, it does not think,
but act according to what it already knows, what it has learned so far. It is our best friend and always strives to help, but is often also based on information that is not or no longer useable.

Well, I create my reality through my thinking, but you do it just like everyone else does. How does this fit together?
We all constantly emit thought energy, and the sum of all this energy creates reality exactly as we perceive it.
We are all part of the consciousness that reality first creates, you as much as I and everyone else.
One can imagine this as an energetic network that connects everything, like threads in a huge network. Now not all threads are equally strong, and the stronger threads influence reality more than others.

So it is with our encounters with others, the fleeting encounters, the brief glance in passing creates a thin thread,
the intense encounters sometimes come very close to steel ropes.

Thoughts are energy and their effect is determined by three parameters: the direction of thoughts, the strength of thoughts, and not least the frequency.

The direction of thoughts determines where they show their effect, because energy follows attention. The strength can best be compared with the waves in the sea and it quickly becomes clear that the higher waves have a stronger effect than the small ones. The strength of the waves is best influenced by emotions, the more emotions are in play, the more power the thought has. The frequency determines the plane at which the thoughts manifest themselves. And here it quickly becomes clear that with the frequency of our thoughts we hardly come into the realm of directly creating material objects, although some yogis are said to be able to create short-term volatile objects.

It is clear from what has been said that we always resonate with what we are and not to what we want,
if our desires are actually borne by lack, then we draw further deficiency into our lives.

A very important point in the shaping of reality is the counter-proposal,
that is, whenever I focus on something negative that does not help me,
then, if possible, I immediately focus on the opposite, which is of good use to me.

We create this reality, whether we like it or not, we are the Creator and we cannot create.
We can only decide whether we do it consciously or not. Since ever, there have always been individual people,
who knew this principle and made a secret of it. To have power over other people and that worked then as now,
as long as people did not know what was happening, and even now with those who do not know this principle.

What are the methods to prevent people from knowing the truth?
On the one hand, of course, we must ensure that people have no idea of their power to influence reality,
contain information.
Better still, it's better to tell them that something like this doesn't work.
If you then add to the situation that they are completely powerless lyrised at the mercy of the existing reality, then that is even better.
Manipulating belief systems also always works quite well, because faith is the driving force of thought.
It is also important to teach people to lie, because then their thoughts lose power.
And those who try to make the secret clear, yes, you just have to get rid of it.

And that's what happens every day now. Manipulated news, distracting shows for popular stupidity,
Advertising and manipulation wherever you look. The main thing is that everyone is preoccupied with some minor issues.

In this film, Neo learns to liberate his mind and to be the chosen one who can change the matrix at will.

What about you? Which way do you choose?

Welcome to the real world